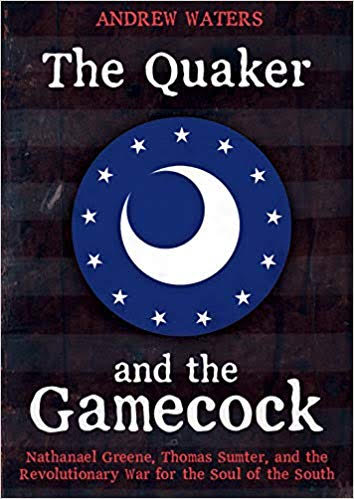 America’s first civil war was fought in South Carolina in 1780 and 1781. Ignited by the British capture of Charleston in May 1780, the wild and lawless South Carolina backcountry soon burned with unprecedented slaughter and terror between Patriot and Loyalist. Arriving in the region in December 1780 to command its southern forces, Continental Army General Nathanael Greene wrote to Alexander Hamilton: “The division among the people is much greater than I imagined, and the Whigs and the Tories persecute each other, with little less than savage fury. There is nothing but murders and devastations in every quarter.”

Part of Greene’s challenge involved managing South Carolina’s determined but unreliable Patriot militia, led by the volatile Thomas Sumter, the famed South Carolina “Gamecock.” Though Sumter would go on to a long political career, it was as a defiant South Carolina partisan general that he first earned the respect of his fellow backcountry settlers, and formed the basis for a command that would compete with Greene for status and stature in the American Revolution’s “Southern Campaign”.

The Quaker and The Gamecock: Nathanael Greene, Thomas Sumter, and the Revolutionary War for the Soul of the South tells the story of these two wildly divergent leaders against the backdrop of the American Revolution’s last gasp, the effort to extricate a British occupation force from the South Carolina frontier. For Greene, the campaign meant a last effort to prove his capabilities as a general, not just a talented administrator. For Sumter, it was a quest of personal revenge that showcased his innate understanding of the backcountry character in both positive and negative light.

Andrew Waters is a writer, editor and conservationist residing in Spartanburg, South Carolina. He is the editor of Battle of Cowpens: Contemporary & Primary Accounts and three slave narrative collections. A winner of the Hub City/Emry’s Journal Writing Award, his writing has been published in Wake Forest University Magazine, North Carolina Literary Review, Emry’s Journal, Pembroke Magazine, and numerous online journals.

Books on Broad is an independent book store and coffee shop located in downtown historic Camden proudly serving SC roasted King Bean coffee and offering a broad selection of new, used, and collectible books. Books on Broad is open Monday through Friday 7:30 am – 6 pm, and Saturday 7:30 am – 4 pm. Shop from the website 24/7 at www.booksonbroad.com.