Books on Broad will host a special event with the Camden Writers Group featuring Bob Strother, Carla Damron, and Kimberlyn Blum-Hyclak on Saturday, September 26, 2015, from 2:00pm - 3:30pm. Books on Broad is located at 944 Broad Street, Camden, S.C. 803-713-7323 M-S. The event is free and open to the public. Books will be available for purchase and autographing. 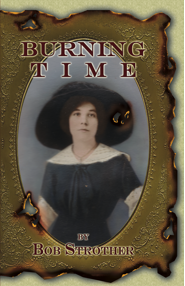 Louise Schmidt would sacrifice almost anything to protect and provide for her family -- even her innocence...

Set in Chattanooga, Tennessee, in the early 1900s, Burning Time epically portrays the life of Louise Schmidt, from early childhood to adulthood, as Louise, her mother, and younger brother fight to survive the abuse of Louise's father, Will.

The largess of Will's parents initially provides refuge from her father's drunken exploits, but Louise learns too young that nothing lasts forever. Though previously ostracized from the family, the prodigal son returns at the behest of his ailing father, and brings along a new wife, Maude, who fans the flames of Will's inherent avarice and disregard for his former wife and children.

At fifteen, Louise is forced from the only home she's ever known and into marriage with a man ten years her senior. Even as Louise comes to terms with her life and assumes the role of family matriarch, she still must face the consequences of her actions -- including a death sentence for murder... 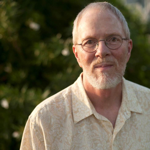 ABOUT THE AUTHOR: Award-winning author and two-time Pushcart Prize nominee Bob Strother has had his work published internationally and adapted for film. Previous publications include a collection of stories, Scattered, Smothered, and Covered, and a novel-in-stories, Shug's Place. He is also a contributing writer for Southern Writers Magazine. Strother lives with his wife, Vicki, in Greenville, South Carolina.

Clawing chest pains and a fiery car crash take one life and change the destiny of four others. The Stone Necklace braids together the stories of a grieving widow, a struggling nurse, a young mother, and a troubled homeless man, reminding us of the empowering and surprising ways our lives touch one another and how, together, we can recover from even the greatest of losses.

Carla Damron weaves the stories of four people in Columbia, South Carolina, whose seemingly disparate existences intersect through tragedies realized and tragedies averted. Lena Hastings survived breast cancer and marital infidelity but now faces an uncertain future and crises with her teenaged daughter Becca without the support of the one person she has always counted on. Intensive care nurse Sandy Albright, newly released from drug rehab,  confronts temptations from her past and false accusations threatening her career, leaving her to wonder if a drug-free life is really living. Tonya Ladson, a mother whose child is injured in the wreck, must decide if her domineering husband is right and a lawsuit will solve their financial problems. Joe Booker, a homeless man who sleeps in a graveyard, loses his gentle benefactor and must either succumb to the real and imagined evils of his world or find the heretofore untapped courage to care for himself and for others as a stranger once cared for him. Weighted down by their respective pasts, the characters must make life-altering choices that reverberate into the fates of the others, ultimately bringing them together in unexpected but healing acts of compassion, forgiveness, and redemption.

ABOUT THE AUTHOR: Native South Carolinian Carla Damron is a fiction writer and clinical social worker. She is the author of the Caleb Knowles mystery novels Keeping Silent, Spider Blue, and Death in Zooville in which she explores addiction, homelessness, and other social issues. Her short stories have appeared in Fall Lines, Six Minute Fiction, Melusine, In Posse Review, and other journals. Named the 2014 South Carolina Social Worker of the Year, Damron holds an M.F.A. in creative writing from Queens University and a master’s degree in social work from the University of South Carolina.

Kimberlyn Blum-Hyclak’s In the Garden of Life and Death ~A Mother and Daughter Walk:

In the Garden of Life and Death ~ A Mother and Daughter Walk chronicles a thirteen year walk as the poet moves from being the mother of a daughter with cancer - twice, to being the daughter of a mother with cancer. It's in that in-between vantage point the poems reflect the relationship between mothers and their children, especially their daughters, the spirit and strength of women, and finding the humor, healing and moments of grace in our thorny gardens.

ABOUT THE AUTHOR: Kimberlyn Blum-Hyclak, a transplanted Buckeye, grew up next to a neighbor's garden of zinnias, hollyhocks, and sweet peas - not the kind you eat but the kind that smell heavenly. She lives in Lancaster, SC, holding that garden in her heart and wishing her thumbs were green enough to grow it. Her work has appeared in Iodine, Kakalak, moonShine review, Petigru Review. She blogs at www.awriterswindow.wordpress.com

If you cannot make the event, you can reserve a personalized copy of the author's book by contacting Books on Broad in advance at 803-713-7323 or at books@booksonbroad.com.

Books on Broad is a local, independent book store and coffee shop located in downtown historic Camden proudly serving SC roasted King Bean coffee and offering a broad selection of new, used, and collectible books, as well as gift items. Books on Broad is open Monday through Friday 7:30 am – 6 pm, and Saturday 7:30 am – 4 pm. Shop from the website 24/7 at www.booksonbroad.com.